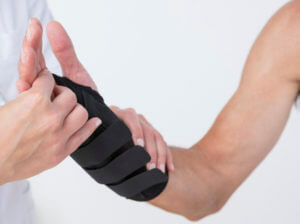 Wrist pain is no fun, but many hand orthoses can ease pain and reduce recovery time.

We see patients with various hand issues. Your hands are important for all of your daily activities.

If you have any of the following hand issues, we can help! Most hand braces do need a prescription; contact us with any questions and we can find the best brace for you!

Our specialists can answer questions about your wrist/hand injury. Just call us or complete our contact form and we'll get back with you within 24 hours.